Home / Blog / The Growth Of Online Casino Industry In the UK

The Growth Of Online Casino Industry In the UK

For over a decade, the UK gambling industry has been experiencing serious growth, both in reported revenue and number of registered players at the casino games. Remarkably, the sector appears to be the only one that has almost not been affected by such disasters as Brexit, with no dip in revenues being experienced. 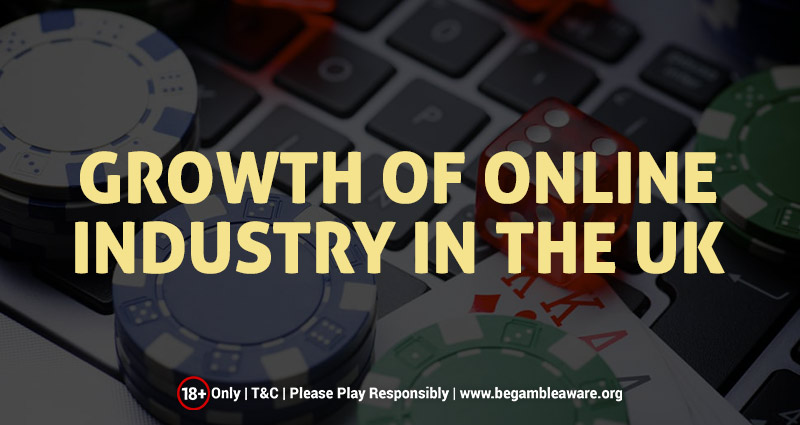 What actually kicked off gambling in the UK was the all-important Gambling Act of 2005. This allowed bet operators to appeal to a wider audience and permitted the showing of gambling-themed ads on TV, something that was previously considered a taboo.

Very soon after coming into force in 2007, the act led to a serious boost in both gambling revenues and tax paid by the industry. Revenues of £8.36 billion were recorded less than a year after the act went into effect, with this climbing to £13.8 billion in September 2016.

Yes, the UK gambling industry has been on a roll and this is not likely to stop soon. Still, what appears to interest blokes the most is the immense growth recorded in the online betting industry.

Online Gambling Zooms To The Top

While divisive and controversial in America, online gambling at an online casino was legalised by the Gambling Act 2005. The results were indeed spectacular, with online gamblers in the UK growing from a measly 9.7% in 2008 to a staggering 17% in 2018.

As the number of online gamblers at online casinos has grown, the revenues from remote gambling have grown as well. In 2009, this revenue totalled £817 million and then climbed to £4.5 billion between the periods of April 2016 and March 2017. Today, statistics show that remote gambling boasts the biggest revenue increase in all gambling sectors, with its share of the UK gambling sector being set at 34%.

The growth in the online gambling industry continues apace and has even benefited more than a few other businesses. These include online casino-oriented news sites, marketing companies, gaming software development companies, as well as chat hosts. All these partake in some of the moolah that the UK remote gambling industry generates.

The UK government on its part directly benefits from the taxes it applies to the industry. These taxes are quite lucrative and in fact, make it possible for the UK government to collect profit at very high rates.

Online Casino Spruce Up Their Image

As the public now mostly holds favourable impressions of online gambling, this has resulted in the establishment and growth of online tournaments. An example of this is the Poker Masters, which is regularly hosted by some famous UK gambling websites.

Due to the easy convenience of online gambling, more than a few professional gamblers are getting drawn to it. This, however, does not imply that brick-and-mortar casinos are now obsolete, as these are still flourishing and tend to attract those blokes looking for a sweet and social gambling experience.

However, the fact still remains that online gambling is of the future and projected to soon be responsible for generating a majority of all gambling revenues in the UK.

All is not rosy, however, mostly due to the uncertain political climate in the UK. While Brexit left the UK gambling industry mostly unaffected, it has impacted on the international relations among and between some international betting operators, apart from affecting the value of the GBP.

This has resulted in the closing of some venues, as keeping them open no longer made financial sense. Also, due to high UK taxes, it is getting harder for operators to offer sublime services without being forced to operate at a loss.

Given the above, it seems certain that UK online casino players are certainly due for some interesting times.

Get Fortunate At Fortune Mobile Casino

Fortune Mobile Casino is an online casino with serious heft and scope. It is run by total pros, who consider it a privilege to spoil their clientele with one rich bonus or the other. Visit the casino today. Hurry!

Name: The Growth Of Online Casino Industry In the UK